This bourbon scored three points higher than Pappy Van Winkle’s 23YO Bourbon at the Ultimate Spirits Challenge in 2012.

Blanton\’s Single Barrel Bourbon from the center-cut or middle sections of the famous Warehouse H, Blanton’s Original Single Barrel was once designated for ambassadors, dignitaries, and Colonel Blanton’s family and friends. Today, everyone has access to the world’s first single barrel bourbon. The taste profile is sweet, with notes of citrus and oak. The creamy vanilla nose is teased with caramel and butterscotch, all underscored by familiar baking spices such as clove, nutmeg, or cinnamon. Blanton’s Original set the standard for single barrel bourbons in 1984. Best served neat or on the rocks. Bottled at 46.5% alcohol by volume.

Nose: A deep, satisfying nose of nutmeg and spices.

Palate: Powerful dry vanilla notes in harmony with hints of honey amid strong caramel and corn. 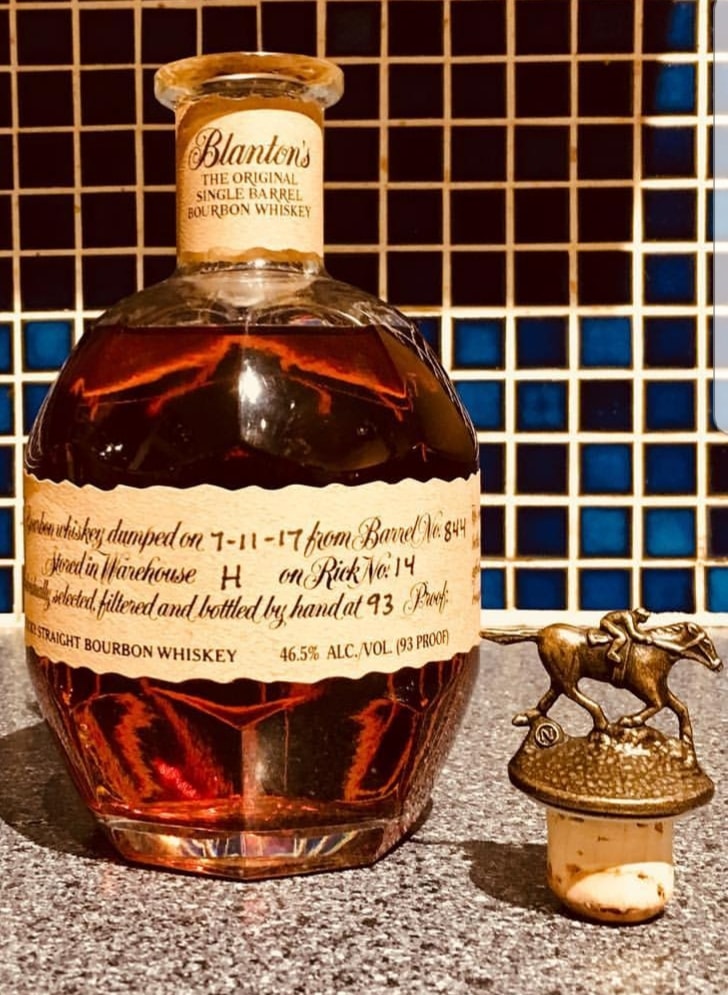 Blanton\’s bourbon was named in honor of one of the distillery\’s early leaders, Albert B. Blanton, who the company claims spent most of his life preserving the tradition of handcrafted bourbon. Blanton worked at the facility now known as the Buffalo Trace Distillery for approximately 55 years. He was born and raised on a farm just outside Frankfort, Kentucky, and he began working at the distillery (then called the O.F.C. Distillery) in 1897 as an office boy when he was 16 years old. Over the next few years, he reportedly worked in every department, and in 1912 he was appointed superintendent of the distillery, its warehouse, and bottling shop – at the same time that the distillery was renamed to become the George T. Stagg Distillery. He became president of the whiskey plant in 1921. Blanton died in 1959.

**Local retailer states either in stock or en route to the location. Usually ships within 1-4 days. (Mon-Fri) Longer than usual processing times may occur during the Holiday Season. The entire network of licensed retailers continues to work effortlessly fulfilling orders as they are placed however due to COVID-19 regulations some delays may occur. Select items may become back-ordered due to current high demand and will ship out upon arrival. Please refer to our terms of service and cancellations & returns policy.