Blanton’s, the first “single barrel bourbon” was introduced in 1984 by Elmer T. Lee, the legendary Master Distiller of the George T. Stagg Distillery. Elmer was honoring his former boss, Col. Albert B. Blanton, who joined the distillery in 1897 and steered it for the next 55 years.

Blanton’s whiskey is made from carefully selected ingredients and matured in a warehouse with its own heating system to control aging even in winter. Each barrel is selected at its peak maturity by the master distiller and is hand bottled, one barrel at a time. The bottle is a decanter style with a racing horse and rider on the stopper. Letters on each of the set of eight stoppers spell out the name \’ BLANTONS\’. The first stopper whiskey in the set, the letter \’B\’, depicts the horse standing still. The subsequent letters depict the horse entering a trot, canter, and gallop. Special Reserve is said to be around six years old.

Blanton\’s bourbon was named in honor of one of the distillery\’s early leaders, Albert B. Blanton, who the company claims spent most of his life preserving the tradition of handcrafted bourbon. Blanton worked at the facility now known as the Buffalo Trace Distillery for approximately 55 years. He was born and raised on a farm just outside Frankfort, Kentucky, and he began working at the distillery (then called the O.F.C. Distillery) in 1897 as an office boy when he was 16 years old. He was appointed superintendent of the distillery, its warehouse, and bottling shop – at the same time that the distillery was renamed to become the George T. Stagg Distillery. He became president of the whiskey plant in 1921. Blanton died in 1959. 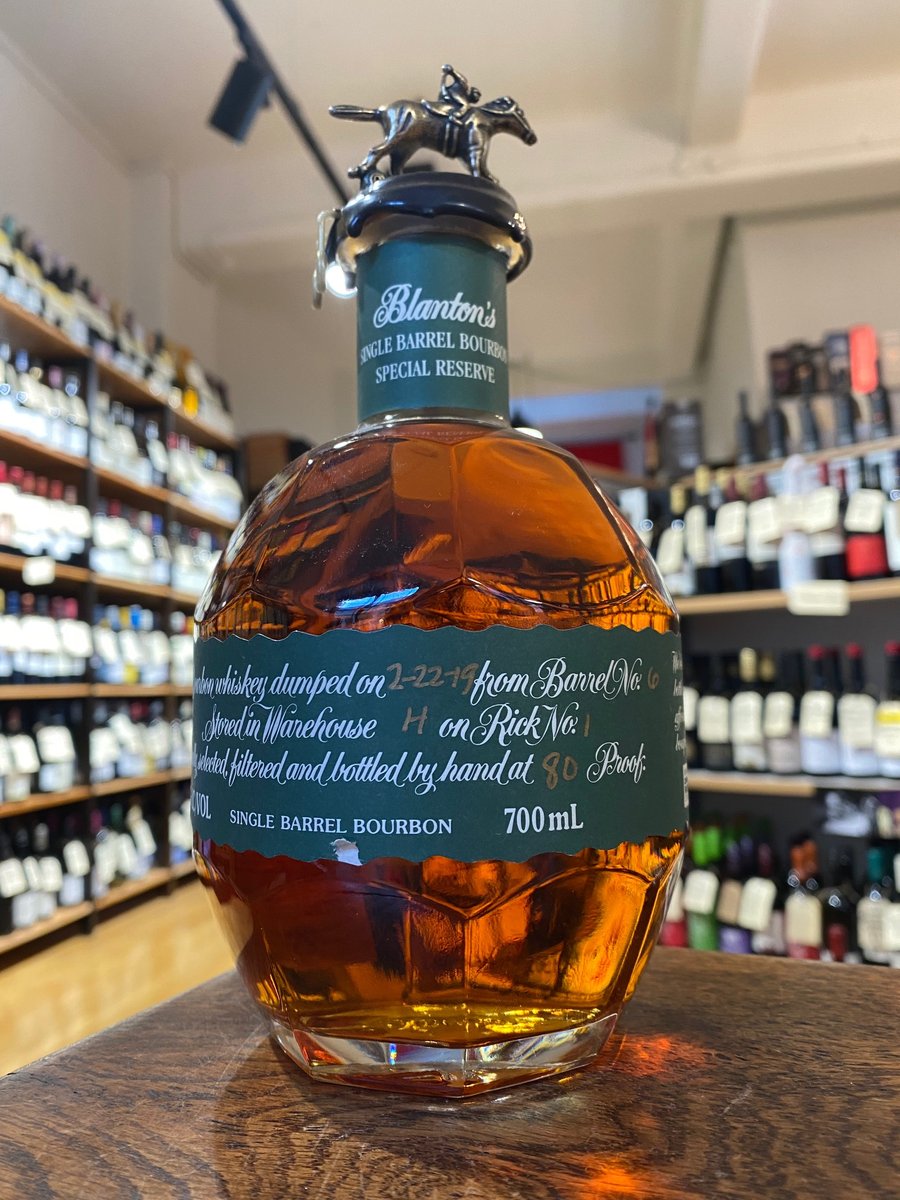 **Local retailer states either in stock or in route to the location. Usually ships within 1-4 days. (Mon-Fri) Longer than usual processing times may occur during the Holiday Season. Select items may become back ordered due to current high demand and will ship out upon arrival. Please refer to our terms of service and cancellations & returns policy.