The vodka is masterfully infused with a distinctive blend of Black Raspberry and other natural flavors. CÎROC Black Raspberry finishes with a citrus zest flavor resulting in a smooth velvety finish. The product is packaged in a sultry all black bottle with sleek metallic gold lettering, commemorating a winter midnight celebration. The liquid can be enjoyed on the rocks or mixed with a variety of fresh ingredients such as lime, mint, or chamoy. Kicking off the holiday season, CÎROC Black Raspberry will be available for a limited time only. 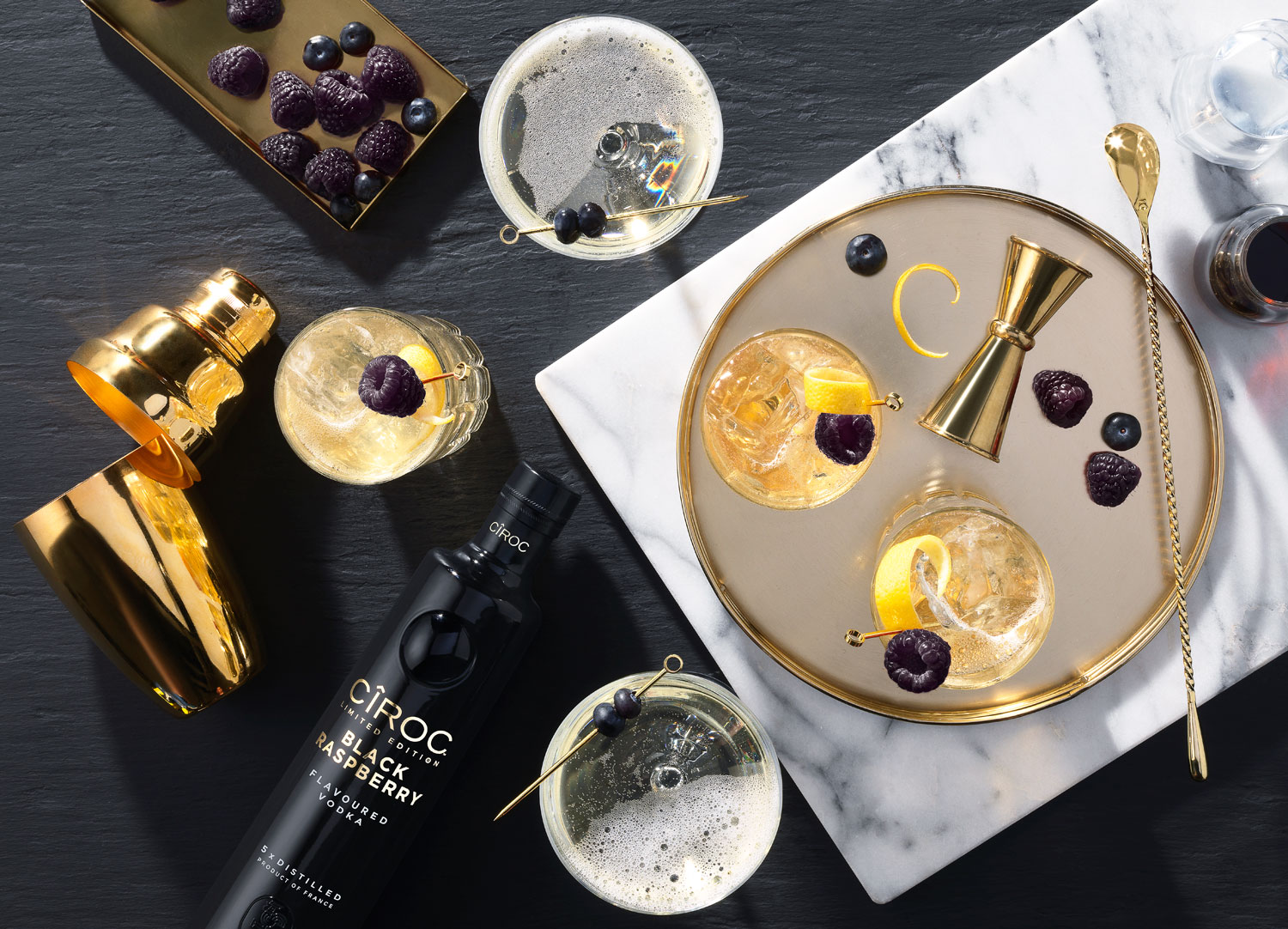 CÎROC Ultra-Premium is made from Fine French grapes, which are distilled five times, providing a crisp, clean taste and citrus nose. CÎROC Ultra-Premium launched nationwide in January 2003. In October 2007, DIAGEO – the world\’s largest spirits and beer company – made spirits history by entering into a strategic alliance with entertainment entrepreneur Sean \”Diddy\” Combs, in which Mr. Combs and Combs Enterprises assumed the lead on all brand management activities for CÎROC.