Game of thrones scotch, The three-eyed raven is said to be the last existing Greenseer, possessing the unique ability to see both past and future events. Due to a tragic course of events, Brandon Stark and the three-eyed raven become one, and Bran begins to see visions that reveal long-hidden truths involving the people and lands that surround him. These visions eventually lead him to be the lord of the 6 Kingdoms of Westeros. 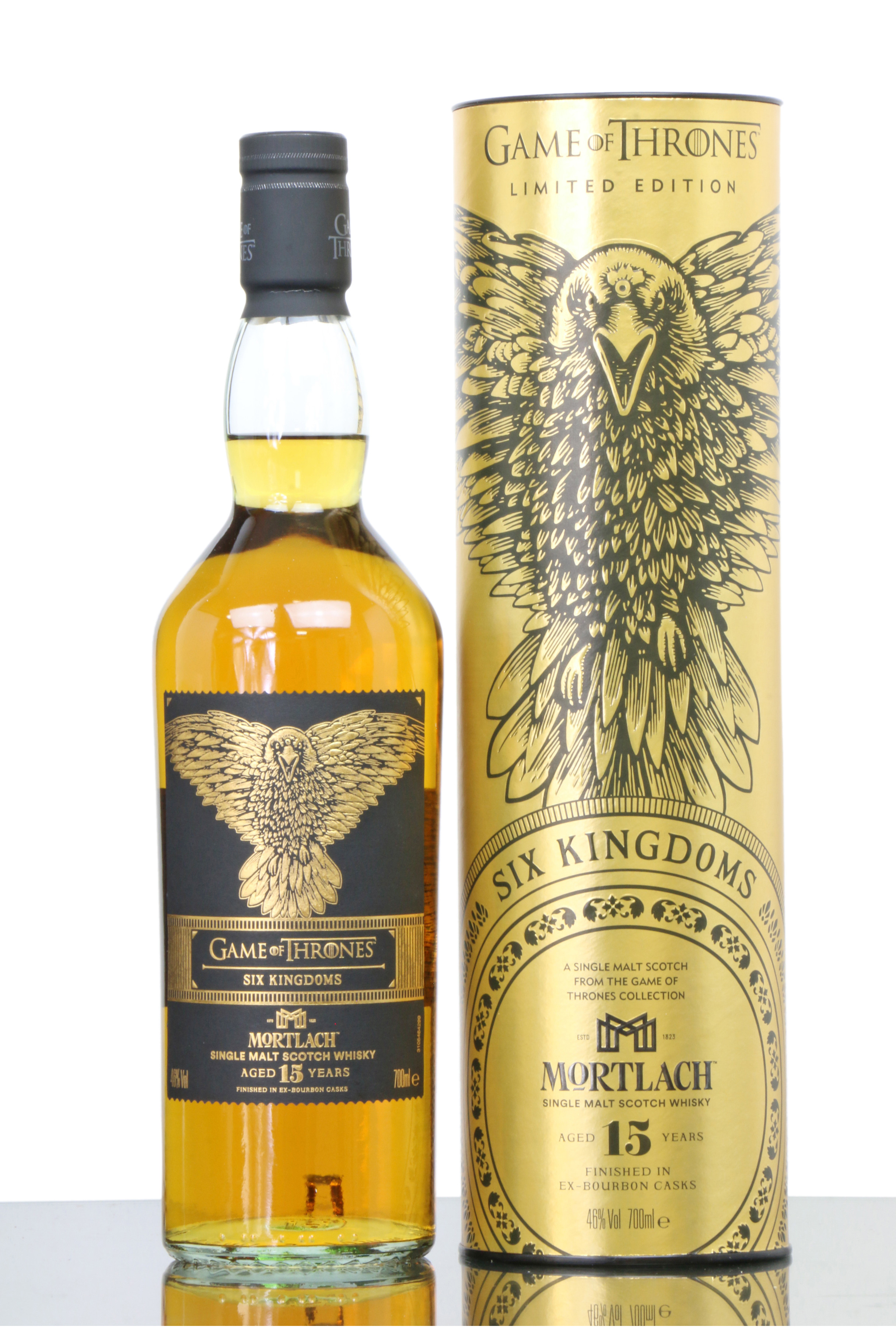 Mortlach, Dufftown’s first legal distillery has equally been influenced by the people in its history. George and Alexander Cowie were integral influences for both the distillery and surrounding community, with George holding the esteemed title of Provost and Alexander developing Mortlach’s signature method to distill the liquid exactly 2.81 times—a complex process as unique as the three-eyed raven himself.

Evocative of the past and crafted for the future, this fifteen-year-old Single Malt Scotch Whisky has been finished in ex-bourbon casks, imparting a bold, smooth taste with notes of vanilla and spice befitting of those with a noble palate.

Nose: To start, it reminds me of a forest fire in the distance. Tanned leather underlies the smoke. The whisky is very earthy, but it has a sharpness of acetone that detracts from it. There’s a bit of orange peel and a faint scent of table grapes.

Palate: The mouthfeel is velvety soft with heaviness and weight to it. Oddly enough, it isn’t a vicious weight. In the beginning, the whisky is quickly sweet with bruleed sugar. Orange peel is bold before transitioning into oak. Smoke finishes the dram while leather lingers on the tongue for the aftertaste. game of thrones scotch