The 2020 Special Release is limited to 200 barrels. Bottled at full proof, which will vary from barrel to barrel, at 125 to 140 proof. The Rye is charcoal mellowed and then aged in new white oak barrels.

SKU: jk15 Categories: American Whiskey, Whisky Tags: buy Jack Daniel's Single Barrel 2020 Special Release Barrel Proof Rye online, does jack daniels single barrel go bad, how do you take the barrel off of a excel single, how many bottles in a barrel of jack daniels, how tall is a jack daniel's whiskey barrel, Jack Daniel\'s Single Barrel 2020 Special Release Barrel Proof Rye, what is the difference between single and double, where can one purchase jack daniels single barrel

Jack daniels single barrel rye Master Distiller Jeff Arnett and his team of whiskey makers created this special release 2020 to honor the history of American whiskey when it was often high in rye content and offered at barrel strength. Maturing at the highest reaches of Barrel House has delivered a deep copper hue with a nose that opens to an aroma full of smoke and raisin. Each sip lingers with molasses, sawn oak, and bold rye spice.

what to mix with jack daniels whiskey

The distillery is located in Lynchburg, Tennessee, Jack Daniel’s is the top-selling brand of American Whiskey in the world. Nearly 100 million bottles of the core “black label” bottles of Jack Daniel’s are produced and sold each year, with millions more sold across their range of products.

**Local retailer states either in stock or in route to location. Usually ships within 1-4 days. (Mon-Fri) Longer than usual processing times may occur during the Holiday Season. The entire network of licensed retailers continue to work effortlessly fulfilling orders. As they are placed however due to COVID-19 regulations some delays may occur. Select items may become backordered due to current high demand and will ship out upon arrival. Please refer to our terms of service and cancellations & returns policy.
Jack Daniel\’s Single Barrel 2020 Special Release Barrel Proof Rye, 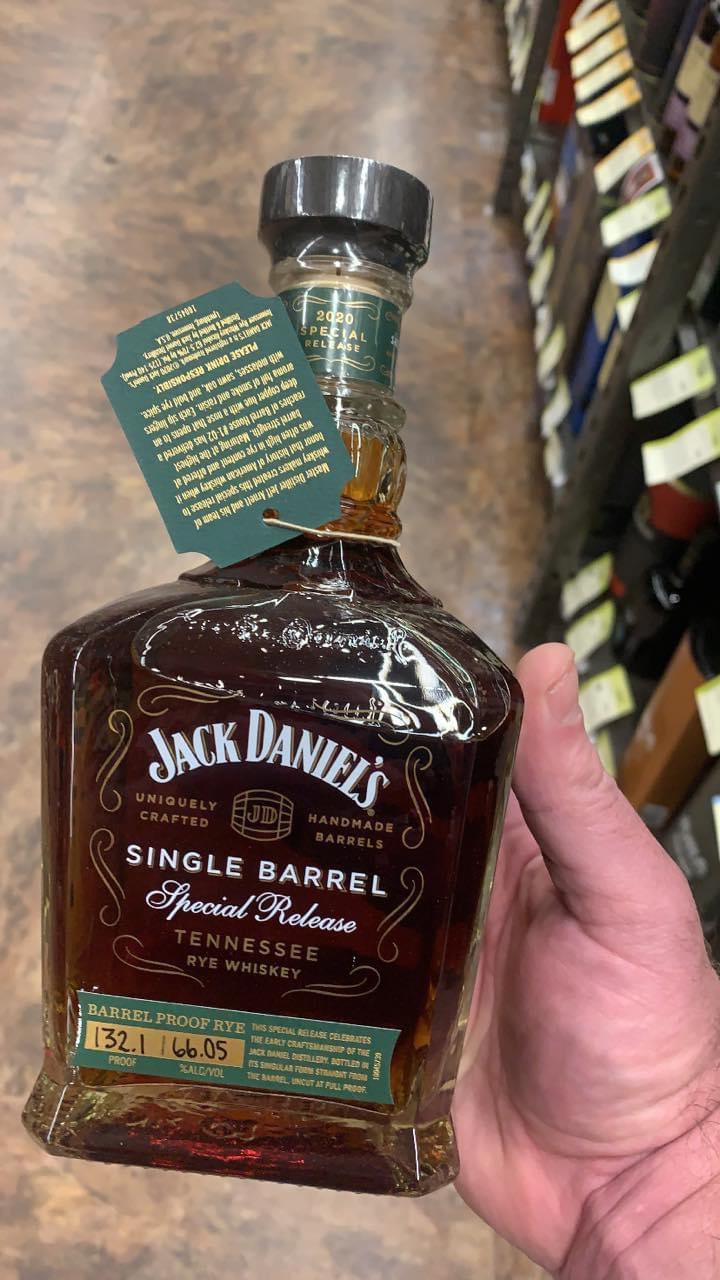