Jack Daniel\’s Single Barrel Heritage A limited edition release, the Jack Daniel’s Heritage Barrel Whiskey serves as the latest addition to the line. Made under the careful supervision of Master Distiller Jeff Arnett, the whiskey is distilled from a proprietary bourbon mash bill before being aged in new, meticulously toasted and charred American oak casks to impart a unique flavor profile not seen in previous Single Barrel series expressions.

Finish: Medium finish of spiced caramel and oak with a noticeable alcohol heat. 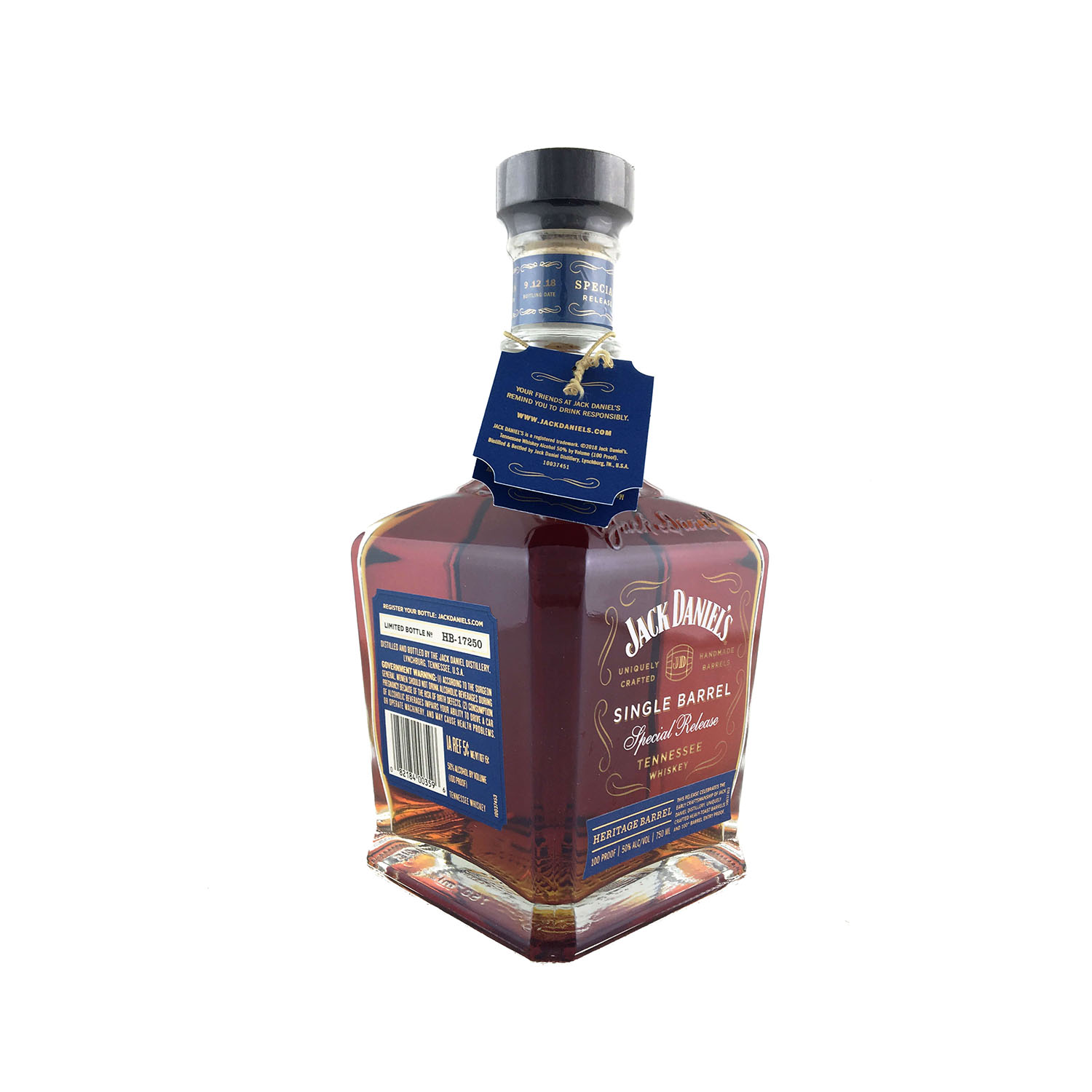 Born on September 5, 1850, Jasper Newton \”Jack\”Daniel was the youngest of ten children. His parents were of Scottish and Irish descent, and in keeping with his rich cultural heritage, Daniel opened a distillery in Lynchburg, Tennessee, in 1866. His eponymous distillery was the first registered distillery in the country. Today, Jack Daniel Distillery Distillery is one of the most distinguished and recognizable names in the spirits industry.

**Local retailer states either in stock or in route to location. Usually ships within 1-4 days. (Mon-Fri) Longer than usual processing times may occur during the Holiday Season.  Select items may become backordered due to current high demand and will ship out upon arrival. Please refer to our terms of service and cancellations & returns policy.
Jack Daniel’s Single Barrel Heritage is a limited edition release to celebrates the early craftsmanship of the Jack Daniel Distillery.