Availability: 11 in stock (can be backordered)

Inspired by actor and comedian Nick Offerman’s devotion to Lagavulin single malt scotch, Islay distillery Lagavulin debuted its first Offerman Edition in 2019. A second Offerman release appeared in the spring of 2021—an 11-year-old like the first, but with four months of finishing in Guinness casks. Amid a crowded field of ultra-aged, barrel-proof, and many other formidable contenders, this stout cask-finished expression emerged from the pack to become our 2021 Whisky of the Year. 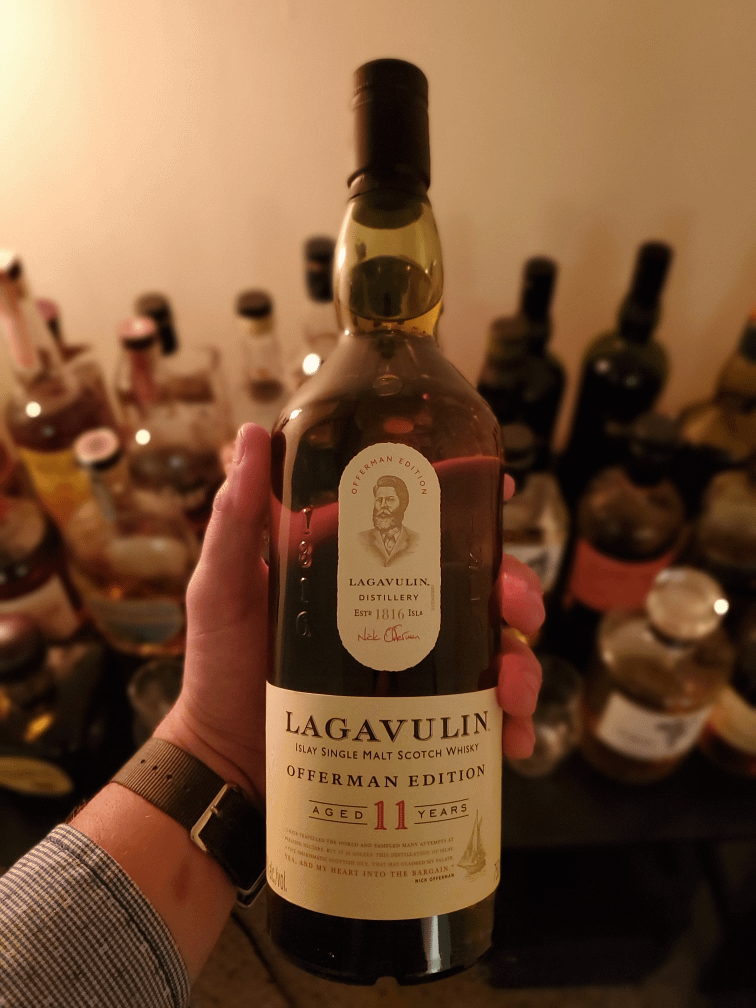 While the 16-year-old Lagavulin is generally considered the classic of the range, many Lagavulin fans prefer the younger expressions. The Lagavulin 12-year-old, for example, has made frequent appearances in the Diageo Special Releases annual series, and the 2017 version landed at number-four in our Top 20. But could an even younger expression—and one with a simple beer cask finish to boot—possibly compare to the stately, sherried depth of the oldest Lagavulin\’s on the shelf? The answer was a resounding yes.

At first whiff, it’s Lagavulin alright—but somehow brighter and more playful. The peat smoke and maritime salinity become wrapped in the freshness of fragrant citrus, melding with honeyed vanilla and white chocolate. On the palate, a subtle backdrop of peat embers harmonizes with flavors of toffee and baked orange, leading to a nimbly smoked finish that sings with notes of coffee and chocolate, and just goes on and on. That finish truly became the clincher for our tasters. It showed that while this whisky charts its own lively course, it is anything but straightforward—and loses none of Lagavulin’s famed depth and complexity.

While peated scotch devotees are among the most loyal whisky fans in the world, we recognize that peat is not always for everyone. Yet with its artfully cheerful style and an abundance of captivating flavors, we believe this whisky bridges that divide. —David Fleming